Research commissioned by GoCompare found that just under half (48%) of UK adults will use money-off coupons, vouchers and apps to avoid paying full price for a range of goods and services, while 44% will use benefits from loyalty and cashback schemes to cut their spending.

Other tactics for saving cash include setting a budget, reviewing or cancelling mobile phone contracts and walking or using public transport instead of cars.

The survey of 2,002 people also revealed that 10% are “seriously worried about their finances” and 6% said they rely on credit cards to make ends meet.

It also revealed that:

Here are the top 15 ways Brits will aim to save some money: 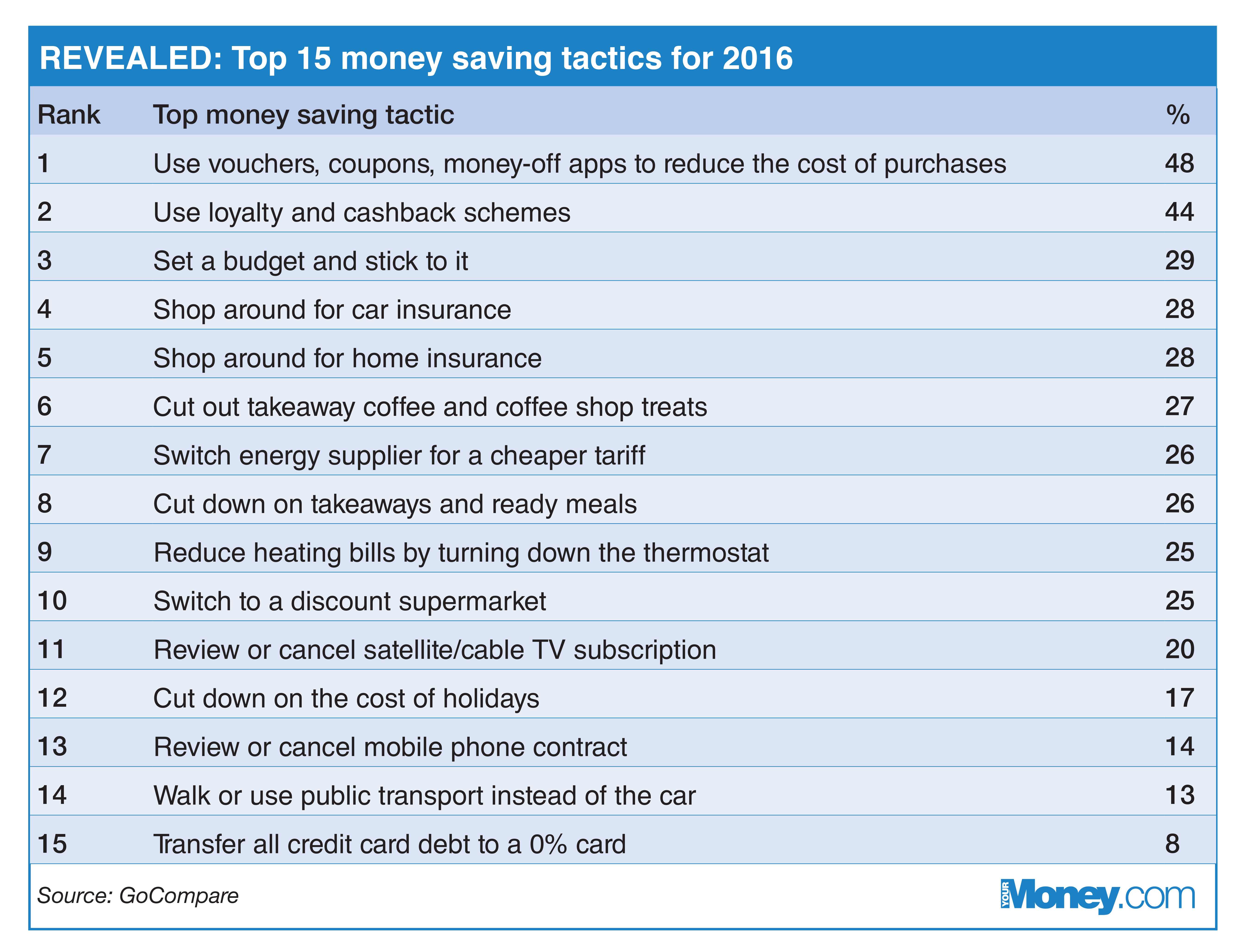 Matt Sanders, money spokesperson at Gocompare.com said, “Making money go further is a key theme in many of the nation’s money savings tactics – whether that’s using vouchers and coupons to get discounts and freebies or shopping around for a better deal on insurances and household utilities.  Collectively, these money saving tactics can save you hundreds of pounds in the course of the year on a range of goods and services.”